Delhi, the capital of India, has held a sound political status since the ancient times. The history of the city is as old as the Epic Mahabharata when the city was named Indraprastha. For the last five centuries, this city has witnessed great political turmoil, including the rule, succession and end of Hindu, Khilji, Tughlaq, Mughal and British Empires. The walls of the city have seen numerous incidents of bloodshed, sacrifices and loyalty for the nation.

Today, New Delhi is the modern and reconstructed version of this ancient city and has been officially declared the Capital of India since 1947.

The private day tour of Delhi gives visitors a chance to explore the city which holds many layers of true India. The old city represents the glorified past through the havelis and the mosques, and by contrast New Delhi, developed under British influence, is enriched with lavish government buildings along with ultra modern mall culture representing modern India.

Our private day tour of Delhi has been crafted by our team to easily bridge the gap between Old Delhi and New Delhi, and by the end of the tour you will find yourself with a myriad of amazing memories of the city. 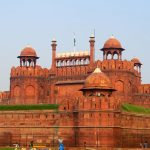